How Does an Atmospheric Vacuum Breaker work? 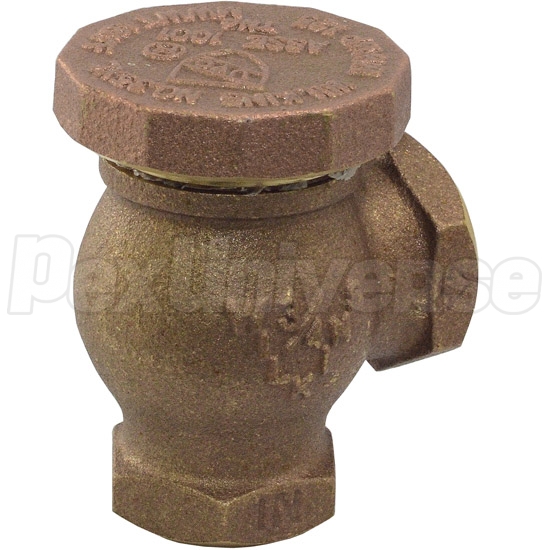 An atmospheric vacuum breaker is a device used to prevent backflow, or the reversal of the direction of water against the direction that the system is designed to flow. The usual types of backflow for which a preventive method is employed to prevent are those that contaminate potable water with contaminated water, such as the backflow of a source and the system in a home. There are two types of backflow: back-siphonage and back-pressure.


In this event, an Atmospheric Vacuum Breaker is used. It resembles a ninety degree elbow with a hood on its top that opens to allow air to enter into the system, filling the vacuum in the event of back-siphonage. The hood is operated by a poppet valve inside the elbow, that is pressed by the pressure in the water system, keeping it held up, and keeping the hood closed.


If the pressure in the water system happens to drop, the poppet valve drops as well, to compensate for the loss of pressure, and so the hood is raised by the action of the poppet valve. Air is sucked into the pipe as well by the loss of pressure, and the vacuum is filled before back-siphonage can occur, because the pressure is neutralized by the air, which, in turn, creates a buffer between the system of potable water and the contaminated water.


Because it makes use of air, an vacuum breaker cannot be placed in an environment where air is contaminated, because this air will then be sucked into the plumbing system, and contaminate the potable water. It must not be installed underground as well, but is seen raised above the ground, because its operation may suck in ground water, which may be contaminated as well, into the system. Above all it is important to employ the right prevention method in the right place at the right time, to prevent contamination and keep ones water lines flowing out smoothly.